home / getting involved / standing in the gap

Standing in the Gap Prayer Booklet 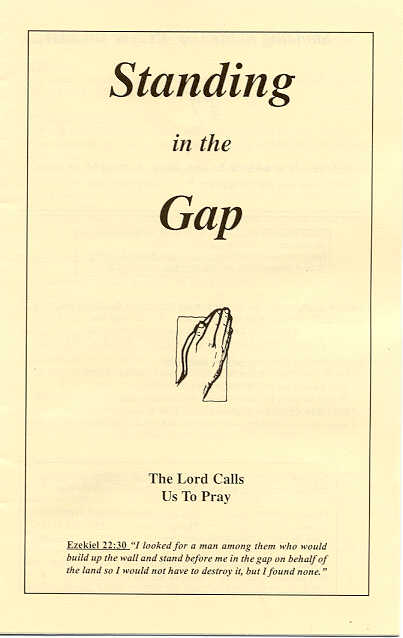 This prayer booklet was developed especially to be used in front of an abortion clinic and is based on the idea found in Ezekiel 22:30 "I looked for a man among them who would build up the wall and stand in the gap on behalf of the land so I would not have to destroy it, but I found none." It can also be used in a Bible study. In fact, it is probably best used first in a Bible study setting so that those who would like to later go as a group to an abortion clinic are familiar with it's format.

Standing in the Gap in Action

It is available through: